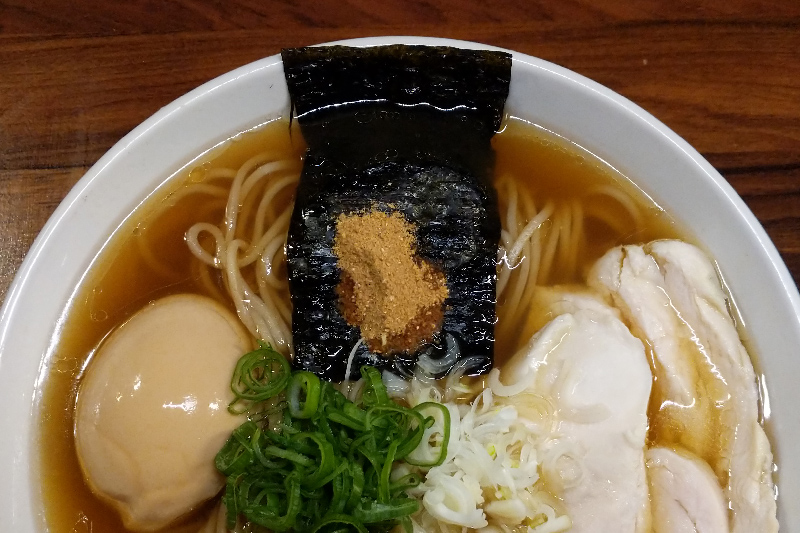 This is a recipe for a fish based powder called Gyofun that is typically used as a topping or added to the bottom of a bowl in some types of ramen. I have not actually ever tasted the real thing, but I have read a few resources about it and what it is typically made from. So from there I set about trying to make my own.

From what I have read it is typically made from dried fish, such as anhovies and katsuobushi, so I started with those two ingredients. For some extra umami I added some amazing dried Norwegian shiitake mushrooms and also two dried arbol chilli's. I threw the whole lot in a blender and I was done. I first tested my new creation as a topping in a bowl of shoyu ramen and I was pleasantly surprised how well it worked in with the shoyu. It added a slight fishiness and and extra kick of heat and umami. It also changes the flavor profile of the bowl as you drink the soup, because the powder sinks to the bottom of the bowl and the flavors become more intense in those last few gulps of soup.

Like I said, I have no idea if this is anything like the real thing, but Ive been throwing this stuff into every bowl of ramen since I made it, even into bowls of instant ramen to improve the flavor.

Give it a go and let me know what you think !

I usually use about a heaped teaspoon in the bottom of a bowl or sometimes for presentation purposes I float it on top of a sheet of nori as in the photo above.