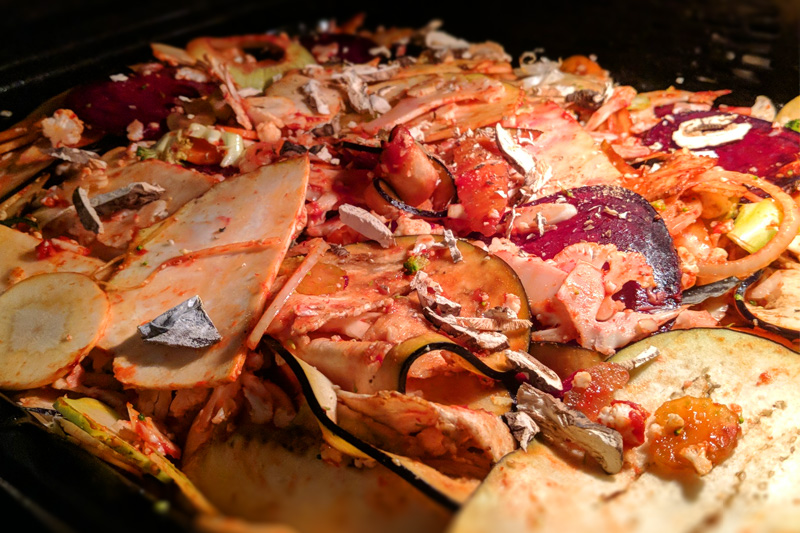 This recipe is based on a few ideas I had floating around my head and inadvertently may have created the best tare I have made yet. It is so rich and packed with intense flavor, even as it cooked the smells were making me salivate.

It all started with some recipes I read about demi-glace sauce. I was trying to find inspiration in other cuisines that could be transplanted into ramen. I opened up Google and started searching for soup bases, mirepoix, sofrito types recipes from other cultures. That's when I happened upon this great Chefsteps recipe. I though that perhaps this fused with some more traditional Japanese ingredients could make and interesting Umami rich tare for my ramen broths and I think i may be on to something really great, although probably non-traditional when it comes to ramen.

Demi-glace (English: "half glaze") is a rich brown sauce in French cuisine used by itself or as a base for other sauces.

There are not too many good recipes floating around for tare, mostly due to the fact that this is usually the ramen chefs secret sauce, so we don't really know what goes into it, except for some common ingredients like kombu, shiitake, and various types of dried fish. So why not an all vegetable based tare ?

Well here is what I came up with and I am blown away by the results !

This is a very simple recipe that doesn't take long to prepare, but requires a few hours in the oven to slowly roast the vegetables and dry them out.

This recipe should yield about 700 ml of tare.

You are going to need a large roasting pan and a mandoline to slice all the vegetables evenly. Slicing them evenly is very important as it allows them all to cook evenly and not end up with some burned bits and some under cooked bits.

I think about 45 ml of this to 300 ml of broth or stock should do the job, but I advise you to experiment yourself to see how salty you like your ramen soup. This is a work in progress, I'm going to play around with the salt content in future batches. This is by far my favorite tare that I have made to date. It packs one hell of punch and adds some complex flavors to the my broth.